In under eight weeks, Arsenal Women will play their third home north London Derby, this time, against Tottenham Hotspur in the Conti Cup group stages. The match is the final fixture of the group stage, and there is a lot at stake for both London teams, as they look to have bragging rights over one another. 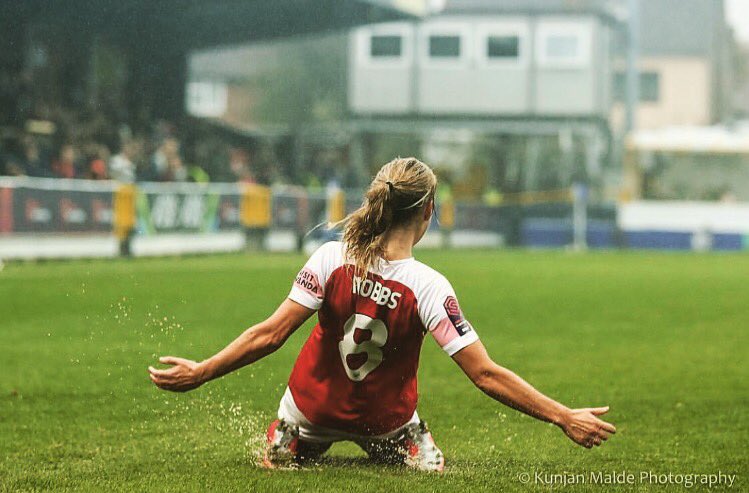 Arsenal will be needing a huge win if they want to qualify for the quarterfinals of the competition, but will still need to wait for at least 24 hours if they will be progressing in the tournament even if they get their win.

Jordan Nobbs, Steph Catley, Noelle Maritz, and Jen Beattie are all going to miss the clash for Arsenal as they remain sidelined. Also missing from the Chelsea game was Viki Schnaderbeck after she limped out of the Manchester United defeat.

After suffering a calf injury that saw her sidelined for a couple of weeks, Lisa Evans made a return but could not feature in the Chelsea match as she sat out the game on the bench.

Tottenham and Arsenal have already faced off twice this season, with both games taking place at the Boreham Wood. Arsenal won both games, first with a 4-0 victory with Lisa Evans netting a hat-trick and Jordan Nobbs scoring the fourth.

The last game of this fixture came in the Women Super League (WSL), a match that saw the Gunners brush Spurs aside in a huge-margin 6-1 victory. VivianneMiedema scored a hat-trick in the match, with other goals coming from Katie McCabe and a Caitlin Foord brace.

Spurs are still waiting for their first win in the WSL this current season and lost two precious points on Saturday at Bristol City. The major problem they have faced this season is the failure to score goals. They are also yet to score a goal from open play in the league this season.