The SheBelieves Cup is an annual tournament that was created on 2016 and one of the main objectives or reasoning behind the creation of this competition was for the USA women’s national football team to get better and perform against better opponents in terms of quality. 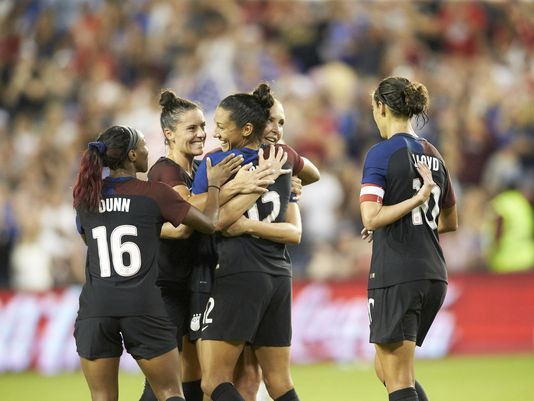 During the latest edition of the SheBelieves Cup, the USA national side finished in 4th place which is actually is the last position of the entire tourney as there are only 4 national teams competing while France came out on top with the trophy.

Finishing in the last spot is a huge disappointment for the women’s USA team as they are the current champions of football after having emerging victorious during the 2015 FIFA World Cup.

“Ultimately, what the coaches care about are two things. They care about quality opponents and that their players get an experience that they would get as they go into a World Cup environment, which means 15,000-20,000 people in the stands. We kind of provide that experience. That’s why they come.”

“A lot of these teams that want to come over here, it’s not only are they getting quality games in good stadiums but they’re experiencing a fan base, an atmosphere. We always wanted to be at the forefront of developing the game. In the international arena it’s recognizing our part.” The head coach of the woman’s USA national football team said as she talked about the SheBelieves Cup and the benefits that it offers to its participants.

Following the string of underwhelming results from the squad of Jill Ellis during the 2017 edition of the SheBelieves Cup, the 50 year old coach wants to reboot his team and help them bounce back from this recent forgettable event.