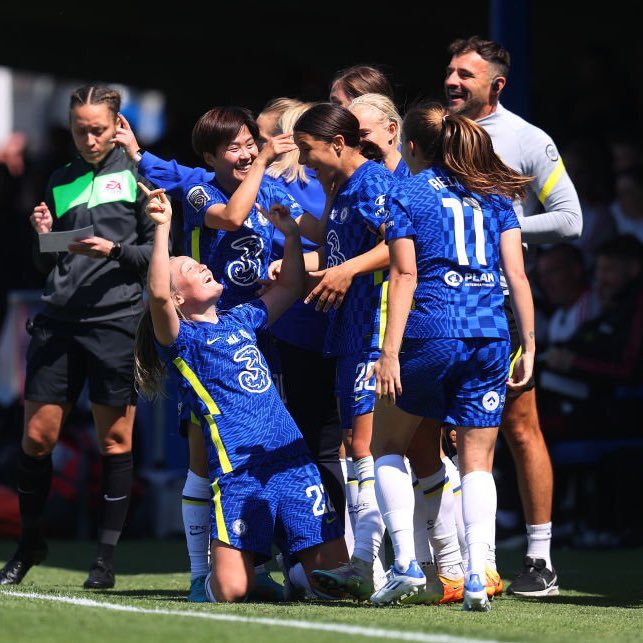 Emma Hayes and her players had to achieve their quest to rule womens soccer in England the hard way after they came from behind to beat Manchester United Women 4-2 at home. Chelsea conceded twice in the first half to go into the half-time break with a 2-1 scoreline thereby needing at least two more goals to clinch the title without conceding.

Manchester United stunned Chelsea after taking the lead through Martha Thomas on 13 minutes. However, the lead lasted for just five minutes before the home team drew level through Scottish star Erin Cuthbert. The Red Devils then regained the lead courtesy the goal from Ella Toone on 25 minutes. The strike from Toone ensured that Manchester United went into the break with a lead.

Chelsea turned the game on its head within six minutes of restart with Sam Kerr and GuroReiten on the scoresheet. Australian striker Kerr scored the equaliser for her team in the first minute of the second half before Norwegian player Reiten added a third goal for the home team five minutes later to give Chelsea the lead for the first time in the game. Midway into the second half, the aforementioned Kerr scored her second goal of the game to secure the win for Chelsea Women and the WSL title in the process.