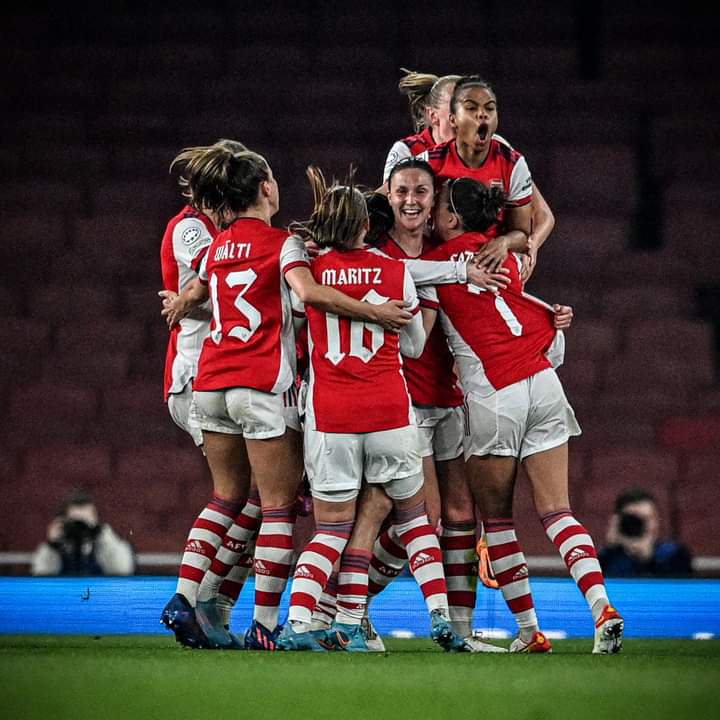 VFL Wolfsburg stand in the way of Arsenal Women and a place in the semifinals of the UEFA Women’s Champions League this season that would confirm their status as one of the top four teams as far as womens soccer in Europe is concerned.

Arsenal Women gave themselves a fighting chance of making it through to the semifinals after a late goal from English defender Lotte Wubben-Moy secured a 1-1 draw at home to Wolfsburg on Wednesday. England international defender Wubben-Moy produced a fine finish that a striker would be proud of after receiving the ball from a free-kick taken by American substitute Tobin Heath to cancel out the first half strike from Tabea Wabmouth who’s the leading goalscorer in the competition with nine goals. Wabmouth had earlier scored the opener at the Emirates Stadium on 19 minutes to take her Champions League tally to nine goals before the strike from Wubben-Moy ensured that the two teams will go into the second leg on level terms.

The two teams will meet again at the Volkswagen Arena in Wolfsburg on Thursday to decide the winner of their quarterfinal tie. The winner will face the winner from the all-Spanish quartefinal tie between Real Madrid and Barcelona. Barcelona are the defending champions and they have a 3-1 lead over Real Madrid ahead of the second leg at home. They came from a goal down to beat hosts Real Madrid in the first leg.